The thermal imaging camera uses temperature imaging. All objects in nature above -273°C will continuously emit infrared radiation. The higher the temperature of the object, the stronger the radiation energy. Thus, a thermal imager will transform into an image visible to the human eye to inspect a specific object or scene. The images created are called heatmaps, and are studied using thermal imaging technology. Thermal imagers have had a wide variety of uses over the years. In particular, it has two technology forms of temperature measurement and night vision, which is able to work in the complete absence of any light (as it does not rely on visible light), and can even work in smoke, fog and haze.

1. Strong concealment: The infrared thermal imager passively receives signals, does not actively transmit detection signals, and is not easy to be found.

3. All-weather working ability: Infrared thermal imaging does not rely on illumination light and ambient light but relies on the radiation of the target and the background to generate scene images, so it can work 24 hours a day and does not require infrared like other night vision equipment does. The lamp and the white light supplement the light and are interfered with by the strong light of visible light.

4. Identifying ability of hidden targets: infrared cameras are mainly used to prevent visible light observation. Infrared thermal imagers can detect hidden thermal targets through grass and leaves. The temperature and infrared radiation of human body and vehicles are generally much larger than those of grass and trees, thus making it better to do the right judgements.

5. Fire prevention monitoring and prediction in advance: General fires are caused by unobvious hidden fires. Unobvious hidden fires are the most source of general fires. Since a thermal imager is a device that reflects the surface temperature of an object, the application of thermal imager can detect high temperature points in advance and quickly find the ignition point through smoke, so as to know early, prevent a fire from happening early, and extinguish it early.

PREV: No information
NEXT: What Are Thermal Imaging Cameras Used For?
Related Surveillance Camera 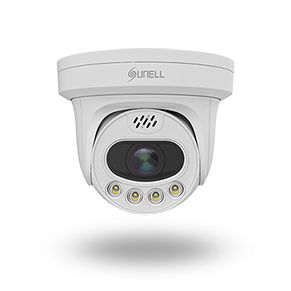 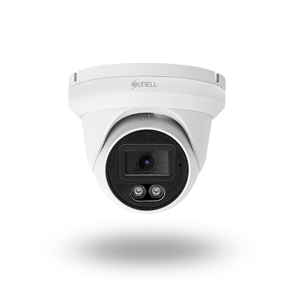 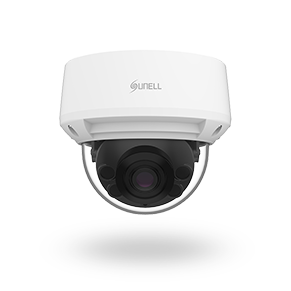 4MP IR Dome Network Camera
SN-IPV8040UAR-Z
News & Events about Sunell
11/15
2022
What Makes a Thermal Imaging Camera Useful?
The thermal imaging camera uses temperature imaging. All objects in nature above -273°C will continuously emit infrared radiation. The higher the temperature of the object, the stronger the radiation...
Read More
11/08
2022
What Are Thermal Imaging Cameras Used For?
Thermal imaging cameras have a wide range of applications, and with the continuous development and popularization of infrared technology, new applications are constantly being developed. At present, t...
Read More
11/01
2022
What Are the Advantages of 360 Panoramic Surveillance Cameras?
The growing popularity of security cameras has led to the development of high-tech models that can offer performance replacements accordingly. Of all the high-tech surveillance systems available on th...
Read More
Related Network Products News
What Are the Advantages of 360 Panoramic Surveillance Cameras? How to update the firmware for NVR? Sunell Attended SNEC PV Power EXPO 2021 How to configure port forwarding for IPC?